Strategy Execution
“Hey, we should have a conference for our Rhythm users. You know, a user conference,” I suggested. 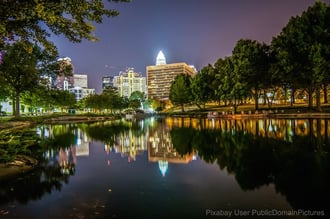 Ryan replied, “Yes, that would be a lot of fun. It would help us connect our users and allow them to help each other. Plus, there are so many great stories and case studies to share and learn of how Rhythm has helped them have great quarters. It could help our clients take their execution up a level.” “And, not just our customers,” Cindy chimed in, “people who have read the book, Rhythm, who are trying to use this method and process to improve their company’s and team’s execution, too! It would be great for them as well."
This was the conversation we had when working on our Destination Postcard for 2015. We are extremely excited to bring it to life and announce our first-ever Breakthrough Execution Conference in Charlotte, October 27-28, and welcome you to join us.
As Cindy suggested, this won’t just be a Rhythm user conference. If you are reading this blog, this conference is for you. We welcome both, Rhythm and non-Rhythm users, to attend. It is an opportunity for anyone on the executive team, departmental leaders or other team members looking to take their execution capabilities and discipline to the next level.
So, why are we focusing an entire conference on execution? According to Ram Charan’s Fortune Magazine article, "Why CEOs Fail...", poor execution was the number one reason that their strategies sputtered, causing these CEOs to fail. This article was written in 1999, and time and time again, I’ve noticed this statement to be true.
I’ve seen failure due to lack of execution play out over and over for the following three reasons:
1) Major mistakes resulting in losing first mover advantage. A great idea followed by mistakes can cost you valuable first mover advantage especially if you have a ground-breaking product or idea. For example, the UP Band by Jawbone. Jawbone was breaking new ground in wearable technology and health with their UP Band.  They had the idea four years ago, and launched the first UP Band. But it broke! They did not test it well enough, and it broke down under regular real world usage. Jawbone is a great company. They recalled the product and offered full refunds to customers. They redesigned it and re-released it again one year later. In the meantime, the Nike fuel band and other similar products were released by competitors and Jawbone lost their first mover advantage.
2) Poor execution costs time and money. Lack of a detailed execution plan may result in projects starting, stopping or waiting.  Every time a project gets paused, not only does it delay your delivery date, it also incurs wasted expenses and resources. This impacts your profitability.
3) Execution mistakes kill great strategy. Execution mistakes often cause the team to misdiagnose that their strategy is not working, when in fact, they might have a diamond of a strategy that is just being poorly executed. So they throw that diamond to the side and develop new strategies, taking time and resources. Salt gets added to the wound later when they see competitors being successful with the same strategy that they threw out. “Damn! That was our idea. Why did it not work for us?” is the frustrated question I sometimes hear. The strategy was not flawed. The execution was flawed.
The bottom line is – you might have good strategies, but if they are not transformed into great execution, they won’t breakthrough.
At this conference, you will learn how to take your execution up a notch to set yourself up to achieve breakthroughs, so come prepared with your top business opportunity or challenge. You will also have the opportunity to connect and learn from other Rhythm fans and hear their breakthrough stories. In the breakout sessions, there will be several different tracks so that you build and customize your learning map, take the first steps toward your breakthroughs, and leave with a path of progress to fulfill your opportunities.
Our promise to you is that this won’t just be another event. Your time is valuable, so we’ve packed our most valued knowledge into a day and a half conference to make it worthwhile. This will be a working conference, where you will focus on doing what you are learning. You will leave with a path of progress that you have already started together with your team here at the conference. Your team will leave with confidence of executing and achieving your plan and dreams.
We can’t wait to welcome you to Charlotte.
- Patrick Thean

The Power in Taking Time to Think

As a write, I am on my way to Chicago to meet with my forum group. A forum is a small group, usually 8 to 12 like-minded CEOs and..

END_OF_DOCUMENT_TOKEN_TO_BE_REPLACED

For the past five years, we've been dreaming of hosting a conference. This week our dream came true, and it was better than anything I..

END_OF_DOCUMENT_TOKEN_TO_BE_REPLACED

"Here are the slides that we used in our MIT EMP Unstuck coaching call this week.  Finish off 2011 Strong!"