Tue, Jul 26, 2011 @ 06:36 AM Strategies for Growth, Strategy Execution
Sometimes you just have to dig a little deeper for the answer.  Too often, when faced with a problem, we find a solution quickly, and happily we run off to execute it.  A couple of weeks later, to our surprise, a similar problem crops up again.  Once again, we solve it quickly and move on.  Then a couple of weeks later…  this insane cycle repeats itself….  why?

Maybe its because we did not take the time to slow down, and dig a little deeper to figure out the root cause of the problem.  Instead, rushed by the many priorities we have, we we only understood the surface of the issue, and therefore only addressed the symptoms, not the root cause.  When the symptoms re-emerge, we solve them again.  After a while, we wonder why our teams are so incompetent since the same problem rears its ugly head repeatedly.

Instead, slow down, dig deeper for the root cause and solve the real problem, not the symptom. 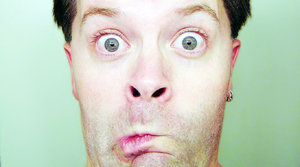 That's Execution Lesson #114:  Dig a little deeper and solve the root cause, not just the symptoms.