Get Your Player in the Game with Effective Communication

Get Your Player in the Game with Effective Communication 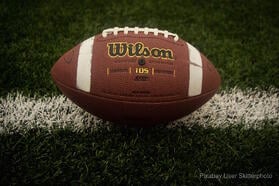 At a recent quarterly planning session, one of the executives explained how he’s trying to communicate admittedly aggressive objectives to his team, while being met with responses such as: “How can I do this? You took my resources!” This momentum killer makes him feel like he’s “near the end zone” while his team is still “on the 20 yard line.”

It sounds like he is well intentioned. I mean, he’s communicating - isn’t that all we’re supposed to do? Communicate, communicate, communicate! I told him, in no uncertain terms, to follow the advice I give to my boys and tell his naysayers to “suck it up, buttercup!” OK, that last part isn’t true. After all, we are the ones who need to suck it up and bring our team along with us to gain momentum again.

Here are some rah-rah tips to get your players to the end zone:

If you are absolutely sure you’ve:

...and they are still on the 20-yard line? Then you may consider benching a player.

In the end, the executive agreed his “helpless” players needed for him to provide more focus and alignment. They were less likely helpless as much as spinning too many plates. No players were benched or traded in this story. And there were no prescriptive shortcuts or deflated footballs. Too soon? Ah, suck it up, buttercup.

Now, get your player in the game! Ready? Break!