Most leaders intellectually understand the importance of 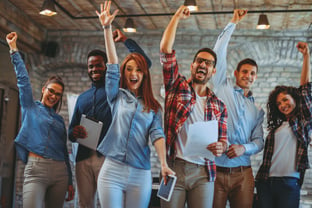 creating an empowered team. They can see the upside of being called upon less frequently to put out fires for others and the connection between empowerment and accountability and between employee engagement and productivity. According to an article in Forbes, "Employees who felt a low level of empowerment were rated with engagement at the 24th percentile, whereas those with a high level of empowerment were at the 79th percentile.” Those empowered employees also reported significantly higher discretionary effort; "only 4% of employees are willing to give extra effort when empowerment is low but 67% as willing when empowerment is high.” Most leaders agree empowering the team is important.

However, many leaders mistakenly believe they have empowered their teams without laying the groundwork to be successful. You can’t just say, “Here’s your project: you are empowered to go and do it!” Your team can’t take ownership of their work unless you’ve empowered them to do so, and you can’t empower them just by saying so.

Let me give you a little example from my own experience. In one of my first jobs in the non-profit sector, I worked on staff for a program that provided housing, therapy, job training, and support services to chronically homeless men who were in recovery. Early in my time there, I was given the task of planning a banquet to celebrate the men who were graduating our program. “Jessica, this is your project. Plan a great event!”

I went out and found a venue and priced all the things I thought we’d need to have a great banquet. I talked with our kitchen staff about the menu and how much it would cost to provide a nice meal, met with a musician to plan live entertainment, and searched for the right gifts and decorations. I even priced out what it would cost to provide each graduate with banquet-appropriate attire. I spent weeks pulling together a detailed project plan and brought it to my manager. She laughed in my face.

“You don’t have a budget for this banquet - it has to be entirely based on donations. Plus, you shouldn’t have talked with anyone out in the community without going through our volunteer coordinator. We can’t do any of this.” My whole plan went in the garbage - as did my excitement about this project. I was able to pull together a decent event in a church basement with donated desserts, printed certificates, and a poorly produced video I made myself, but because my manager did not provide me with clarification around the boundaries and expectations for the project or provide resources to make it successful, the whole experience left me feeling like I had to check in for permission before doing anything. A few “projects” like this later, and I was actively looking for a new job. 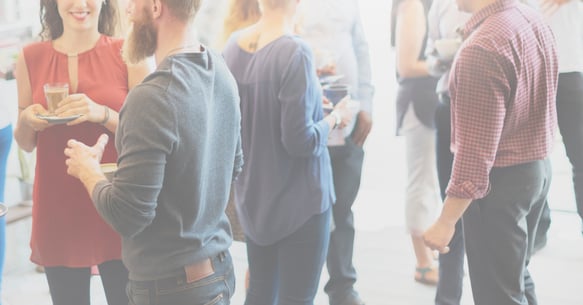 Here’s what many leaders miss in their effort to empower:

You need to build in feedback loops and mechanisms for hearing from the people who are going to be impacted by decisions at the executive level and doing the work of major initiatives. They may have insights you have not considered. If you can be upfront with your team about how decisions are made (check out the levels of decision-making here), and intentionally gather their input before making decisions, you will be more successful in empowering them to take ownership of projects in which their input was at least considered before decisions were made.

Several years ago, I had the opportunity to hear David Marquet speak about his book Turn this Ship Around!, and it remains one of the most thought-provoking discussions about leadership I’ve ever heard. In his book, Marquet bucks the idea of empowerment as the way to create leaders in your organization. He posits that the concept is inherently flawed. Here’s a summary of his argument from a Medium post:

“Under the empowerment mechanism, a leader empowers his followers — in other words, “it takes me to empower you” — and thereby implies a top-down structure. The leader maintains the power and ability to empower followers, and followers are very clearly told that that’s what they are — followers. This is an incomplete structure, and one that does not go all the way to create other leaders in the organization.

The answer is emancipation. Free people up, and allow them to reach their full potential. Release their inner abilities, their talents and their passion and create a structure where all of that can find the right creative outlets. True emancipation is when everyone has control over their decisions, which are made against the backdrop of competence and clarity into organizational goals.”

I think this hits the nail on the head - whether you call it empowerment or emancipation, your role as the leader is to create other leaders on your team. You shouldn’t be worried about micromanaging the details of a project; you should be worried about growing a team full of leaders who deeply understand the purpose of the organization, are clear on their role within it, and are equipped to make their own decisions and solve their own problems.

Why You Need a Peak Performance Plan for Your A-Players