Create a Snowball Effect with Your Main Thing

Imagine your team was put on a mission to create three snowballs that were six feet tall before it gets dark.  The only rule was that the team had to roll the snow into a ball instead of piling and stacking the snow on top of itself.  Pretty simple, right?  The team decides to disperse into three groups and have each group build a snowball.  The first group finds fluffy snow and begins rolling snow to create a snowball.  About half-way through, they are having difficulty rolling their snowball.  The snow is very wet and dense making the snowball heavy and hard to move so they stop to look for help.  The second group isn’t that far away, and they came to the same conclusion and ended up stuck as well.  The third group didn’t hear the rules and began making their snowball by stacking snow in a pile and realized that they had to start over.

How were they going to complete this task before it gets dark? They put their heads together and decided to focus on one snowball at a time to be most effective and use their resources wisely.  Everyone went over to the first snowball and began pushing.  With the whole team’s energy on the snowball, it began to pick up momentum and the team was able to move forward.  The team had a sense of relief and accomplishment instead of feeling stuck.  Now, with confidence, the team was ready to tackle the second and third snowball together.

What is the lesson learned?  When you are Planning your Quarter, have your team focused on one Main Thing so that your team has forward momentum with all resources moving in the same direction.  This will allow your team to push big initiatives forward instead of getting many initiatives partially complete due to lack of Focus or Alignment.  Avoid silos at all cost.

During your Quarterly Planning Session, determine and gain alignment around your Main Thing.  Discuss, debate and agree on the following:

-       What is our Quarter all about (Main Thing/Quarterly Theme)?

-       What are your Top 3-5 Company Priorities that will support your Main Thing?

-       What are your Top 3-5 Individual Priorities that will support your Company Priorities?

In the end, it will pay off to slow down and get focused to go faster. 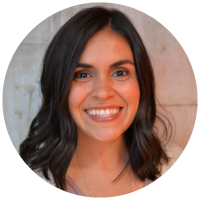