During a recent onsite Quarterly Planning Session, a client group asked me, “How can we be more like them?” They wanted to be like another company that they admired, and they were struggling to figure out why they were falling short. After all, they worked just as hard! “We know we do,” they said, “because we hit the ground running every single morning and we work hard all day — at least until mid-evening each night!”

The other company was, in all honesty, a good one to admire. This group, though, was having a hard time comprehending why they weren’t more like the other company. I let them vent a bit and we went through an exercise that helped them try to gain an understanding of what might be missing for them, etc. It was therapeutic on multiple levels, but with each passing moment, their thinking would continue to spin more and more out of control. Their discussion evolved into making things so complicated and their conversation became really convoluted. When the conversation shifted toward excuses (such as all the advantages the other company must have over them), I had to step in with a brutal fact (…because “it’s my job”).

“All they have over you is discipline. They’ve simply given their world a sense of order.” Suddenly, there was a hush in the room. They were just sitting there staring at me and exchanging glances with each other. “Huh?”

It’s funny to me the degree to which habits impact us. Even when we’re in a bad habit of doing something, it’s just easier to keep doing it the wrong way rather than change to a better way. Change requires work—hard work. How hard depends on what needs to be changed, but either way we like what we know, even if what we know leads to dysfunction.

Discipline: The Tangible & The Intangible

There are the tangible aspects of discipline, such as stated (and followed) systems and processes, and activities such as Annual Planning, Quarterly Planning, Monthly Meetings, Weekly Meetings, and/or Daily Huddles—each with a clear purpose and designed to build a community around more frequent and meaningful communication and joint problem-solving, all in real-time.

But, there’s also the intangible aspects of discipline, such as leadership. The tangible side of leadership can be seen on an organizational chart; it’s clear who the “leaders” are by looking at their place on the chart. But as Rummler and Brache have noted, where leadership really matters is in the white space between the boxes. What goes on in the white space around each organizational box matters. Discipline in this esoteric realm is a beautiful thing to watch because, in a truly disciplined organization, informal leaders organically emerge when the context is such that it’s important for them to step up. It’s this temporary structure (which is within the white space of your organizational chart) where the disciplined organization sets sail. When you get to this level of informal leadership, your organization is smooth sailing across the waters, no matter how choppy or disruptive. It just keeps moving forward. The tangibles of your organization’s systems and processes are giving order, then, to the intangibles. Decision-making, for instance, isn’t ad-hoc or staccato; the framework for sound decision-making is right there, ready to serve.

Here are few interesting perspectives to consider as you think about building a disciplined organization.

On one hand, discipline requires a sense of order—all those tangible things that are simply “the way we operate this company.” On the other hand, though, it has to honor the intangible—the organic emergence of informal leadership. Within the essence of informal leadership is a sense of urgency to do really good things, to share wisdom, to overcome fear of repercussion. When your people begin to lead (in the right way) without being directed to lead, you’re coming closer and closer to having a disciplined organization. You’ll be amazed to discover, too, the intellectual capital that lives within your company. When you can harness that kind of capital, you will have leveraged your company for an incredible future.

The company I was working with needed to spend time committing to a new way of working (i.e., to a new way of leading). They admitted they were a chaotic bunch—leading, in turn, a chaotic organization. But if they wanted to be a truly great company, then they were going to have to work on figuring out exactly how they could better balance the two sides of discipline. It’s definitely a journey for most any leadership team.

The other thing about discipline is that it doesn’t just serve an organization. Most CEOs I work with truly do desire to leave things better than they found them; they desire to make a difference. If you want to be a truly great leader, then understand the tangibles and intangibles of building a disciplined company, because if you can accomplish that feat, you not only will have built a great company; you also will have defined your legacy. For most of us, that matters. 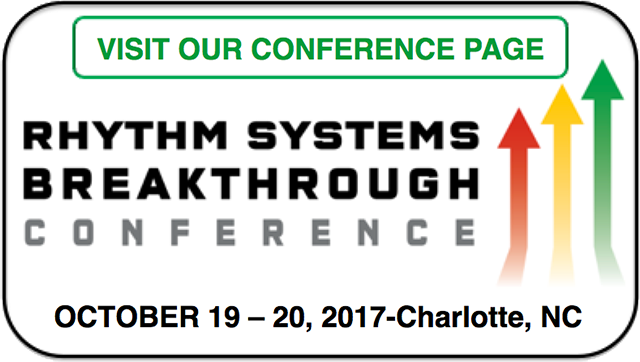