“I Can Support That” - The Difference Between Agreement and Support

“I Can Support That” - The Difference Between Agreement and Support

The best teams are diverse in thinking and will always bring a variety of ideas and solutions. They are able to put all of these ideas on the table, move them around, combine pieces from different ideas, discuss, debate and ultimately select a course of action that the entire team can get behind.

But so often, I see teams get stuck defending their individual ideas, trying to prove their points and explain their positions, ultimately spending way too much time moving from debate to action. The truth is, smart teams can usually create more than one good solution. And even though you might still think the nuances of your idea make it the best idea, deep down you know that the other solution will work just as well.

2 Ways Teams Get Tripped Up

Even if you don’t have 100% AGREEMENT on an idea, you must make sure you have 100% SUPPORT before moving forward. And it’s not enough to just say you support something, you have to actually demonstrate true support after the meeting. The best way to ensure this is to clarify what support looks like with your team.

Support looks a lot like ownership, doesn’t it? That’s the key, really. When a team decides to move forward with something, it becomes the team’s idea, and no one outside the room should be able to tell who’s idea it was to begin with. Share this definition of what support looks like with your team before you begin the next debate, then see if it helps you move forward to a healthy conclusion sooner. 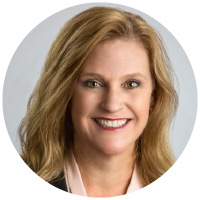