3 Drivers That Increase Your Influence

3 Drivers That Increase Your Influence

Would you like to achieve a 10x increase in performance at no cost?  Of course you would, and you can if you understand persuasion and influence properly.  Influence is the science of understanding the subtle, yet powerful "gear" capable of transforming virtually any interaction.

I've had the privilege of hearing two of the foremost experts on Influence speak in the last 30 days.  I 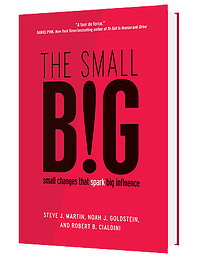 recently wrote a post on Joseph Grenny's thoughts on the topic.   This week, I learned from Steve Martin 3 drivers that increase your influence and I want to share that learning with you here.  You can read about these in detail in his new book The Small Big.

1) The need to make effective and efficient decisions

2) The need to affiliate with and gain the approval of others; and

3) The need see ourselves in a positive light.

1) The need to make effective and efficient decisions

We want to make decisions that help us stand out from the crowd, and we want to do it quickly and effectively.  We are very busy and don't want to spend lots of time and brain power making most of our day-to-day decisions.  Steve suggests that we allow others to make comparisons in presentations so that the item you want the client to choose shines and makes it easier for them to choose it.

He also suggests appealing to what the crowd is doing. Simply stating what others are doing in specific situations heavily influences how people act. Offer testimonials that are the most similar to the situation of the person you are trying to influence.

The main points here are reciprocity and humanization.

3) The need to see ourselves in a positive light

Ask them to verbally confirm. Ask them if they will tell you if any changes are needed.  When you leave a meeting, ensure you have voluntary, actionable, and public commitments from those who attended.  Don't do the work for them.  When you do the work for them, they are less engaged and will likely not accomplish anything when your interaction is over.

Then be sure to publicly recognize them when the actions and commitments are accomplished.

These are the three main drivers that increase your influence.  I hope you will explore Steve's book and learn from over 50 case studies to gain insights into how you can grow your influence. 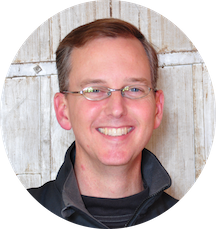