I came across a video on YouTube titled "Steve Jobs on 'Think Different' - Internal Meeting Sept. 23, 1997." I believe any company that has hit the growth ceiling or is in the midst of a turnaround situation should watch this. The video is only sixteen minutes long and is very inspiring. As you may recall, Jobs was forced out of Apple in 1985 and returned in 1997 when Apple purchased his company NeXT. Steve had only been back with the company for ten weeks before presenting this vision to his team.

If you put the right people in the room, stay focused and work hard, a good strategy can be developed in a relatively short time.

As you know, Apple had lost their way without Steve Jobs's leadership and vision and was on the verge of bankruptcy. One of Steve's gifts was addressing challenges with an elegance and simplicity that few individuals could replicate. The goal in front of them was to get back to basics in an effort to turn the company around and make it something truly great.

His message was very clear. Apple was going to focus on three things: great products, great marketing, and great distribution.

Let us take a closer look at each leg of his approach:

Great Products: The team reviewed the product roadmap going out a few years and eliminated 70% of the new products slated for development and manufacturing. There was too much stuff and not enough focus. The idea was to keep it simple and focus on bringing the best products possible to market. For years, you could fit all of Apple’s products on one table. When was the last time you looked at your current product line and future product roadmap to clean it up?

Great Distribution: After analyzing the pipeline and work in process, they realized they were trying to forecast five or six months out - which Steve said not even Einstein could do. The new approach would be to develop a world-class distribution system that shortened the time to market and produced products based on actual customer needs. To me, this sounds a lot like creating a pull system and implementing Lean techniques. The goal was to use distribution as a competitive advantage and develop new innovative ways to manage distribution.

Great Marketing: Steve said to focus on values; he recognized that they didn't get many chances for people to remember Apple. They made the switch from talking about product features like speed, mega bytes, and storage to something bigger. He shared that Nike was one of the best examples in the world of marketing in a commodity shoe market, but yet they never talk about the product or features such as air insoles, weight, etc. Nike's approach is to honor the athletes, athletics, and the competitive spirits that accompany both. Customers want to know who Apple is and what Apple stands for. He shared Apple’s core value: “Believe people with passion can change the world for the better.” He went on to share examples of individuals that lived their lives that way, John Lennon, Gandhi, Albert Einstein, Thomas Edison to name a few. So I ask, is your company talking about features and benefits or creating a higher purpose and reason for customers to buy from you?

“Those people that are actually crazy enough to change the world are those that actually do.”

Therefore, I leave you with this. Consider the three areas Steve Jobs addressed in his presentation. Ask how your company is doing in each area. And then, look around the company to see if there is actually anyone crazy enough to change the world. If there is, you just might be in for the ride of your life.

Good luck as you change the world! Alan 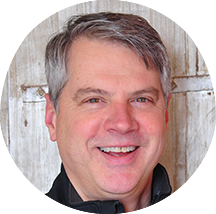