Recent conversations with CEOs have reminded me of an age-old challenge in organizations: People. After a recent telephone consultation with one very frustrated CEO on people issues within his own executive team (that he had ignored for way too long), I asked him: In the end, what do you want? His response: "I want my company back!...and I just want us to be able to celebrate the great things we know we can do."

Leaders of growth companies know what it feels like when things are moving forward…and it had been a long time since he or anyone else on this leadership team had felt the excitement that comes with growth. Today, though, this CEO is well on his way to reclaiming his company. He's now made some very tough decisions, and these were decisions that had to be made (and actually should have been made long ago). Now, it's time to get his organization centered and focused once again. Having the tough discussion with someone is hard and in my 20+ years of working with organizations, I've consistently seen key leaders ignore the need to have these types of conversations. With coaching, however, they become masters of launching the dialogue and giving the person the opportunity for success.

The "people conversation" starts with a framework to guide your thinking.  An organizational weakness around people keeps your company from growing efficiently and effectively. By clarifying responsibilities and accountabilities for each role, your company can be masterfully positioned for forward-thinking progress. Once roles are fully defined, gaps identified, and expectations clarified, you can move forward. Not long ago, I facilitated an executive team through this exercise. Four months later, the CEO noted that it was one of the most valuable conversations they had ever had.

The "People Conversation" will… 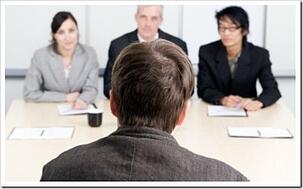 In the end, having a "People Conversation" is the first step in confirming your leadership intent of creating a high-performance organization. The long-term benefits for your company, then, will be seen via streamlined decision-making, a stronger sense of decisiveness, and healthier hiring methods.

The CEO noted at the beginning of this blog took action relative to his executive team. This leadership team is now re-energized and moving forward with a two-day session to further clarify expectations, roles, responsibilities, gaps, their leadership strengths and weaknesses, accountabilities, etc. They're all feeling the forward movement that comes with being a growth company. And now… they can celebrate.

What challenges you with your team?  We are here to help - so ask us questions in the comment section.