I recently watched Tom Searcy present on his book How to Close a Deal Like Warren Buffet: Lessons from the World's Greatest Dealmaker. As we learned form Daniel Pink, everyone (like it or not!) is in Sales.  But Searcy's message also had perspective for those considering selling 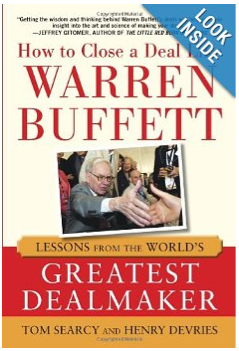 their own company or looking to grow through acquisition or partnership.  I found Searcy's Four Key Principles of a Dealmaker Mindset, particularly insightful for closing big deals.

Buffet is successful as an investor/owner because he has a very narrow "strike zone" when considering prospective deals.  Companies must meet a very narrow criteria for him to make a move.  By sharpening your focus and understanding your target from the beginning, your chances for a successful outcome increase exponentially.  Buffet will sometimes go a few years without making a deal because the right situation has not presented itself.

2.  Only Deal with Dealmakers

Buffet only considers companies that are ready to deal.  How do you know if someone is a "player" or "poser?"  Searcy gives us a few ways to test:  Do they have a big problem you can solve?  Are they ready to deal, engaged, and keeping themselves in the process?  Do they understand the value context of the deal?  Are they making the road map forward clear and sponsoring you internally?

3. Know All the Numbers ... Especially Theirs

Buffet knows all the numbers on both sides of the deal explicitly.  He acts as the expert (not a team of people) and looks at the numbers differently.  Searcy says if you look at the numbers like all the others, you will only see what they see. 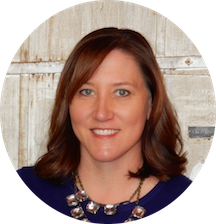