As noted in my prior blog, “To Assess Productivity & Engagement, Ask: Who Really Owns Your Company?,” 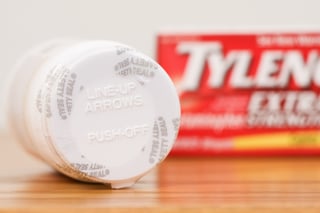 if you want to increase productivity, you’re going to have to work with both parts of the productivity equation: Efficiency + People = Higher Levels of Productivity. Your goal is to create a culture where the people in your company should be engaged to do what they do best, at their highest level, every single day. Otherwise, you’ll never move the needle much on increasing productivity. We’ve seen recent examples, though, of what happens when you let rules or process run your company. When these things literally own your company, you run the risk of creating a culture that lets policies and procedures dictate just about everything about how your people think and, in the end, the decisions they make.

If we look back in history, we can reference an example from Johnson & Johnson’s unfortunate situation in 1986 of Tylenol caplets being laced with poison. This wasn’t the result of an employee making a bad decision, but they still had a very traumatic and tragic situation to handle that required people within the company to make decisions quickly—in real time. They didn’t pull out their policies and procedures book and look to it to guide their every move. Even though the more recent company examples discussed in my prior blog weren’t about life and death, there’s still a lot to learn from what J&J did right. So what did they do that we can learn from today?

In the end, J&J regained the public’s confidence (when marketers were predicting they would never recover), sales returned to the prior (and even higher) levels, and the company continued to be a leader in its industry.

Remember: If you want higher levels of employee engagement and productivity, strategically invest the time, energy, and money into creating a framework for your people so they make good decisions, and then empower them to make those good decisions. In short, teach them to be leaders.

Looking for more information to help get you started? Check out our additional resources:

The Power of Systems and People: Accountable Leaders and Teams

White Paper: The Unbeatable Return on Payroll of Engaged Employees

Don't Get Stuck on Your Job Scorecard

The 5 C's of Team Accountability