To Assess Productivity & Engagement, Ask: Who Really Owns Your Company?

To Assess Productivity & Engagement, Ask: Who Really Owns Your Company?

“I’m tired of all this ‘employee engagement’ stuff. We hire people to do a job, so why can’t they just do it!”

“People keep telling me to just hire more people, but are we maximizing the people we already have?”

“How do we get and then sustain higher levels of productivity?”

Higher levels of productivity. We really do want it to have an easy answer. We want it to just happen, almost magically as a part of everyday life. We try and try to target it by providing increasingly efficient processes and procedures. We buy new and updated equipment, and we invest in the latest and greatest technology—our people will be so appreciative!

But nothing works to increase productivity quite to the level we had hoped. So we spend even more money on more efficiencies.

I’ve seen this pattern over and over in my 25 years of working with mid-market growth companies. And it’s not that all these efficiencies are lost; they do serve the company, as efficient and streamlined processes are certainly needed. What ends up getting created, though, are organizations that are indeed efficient, but from a productivity perspective, they aren’t very effective. Instead, what gets created is a process-driven organizational culture where people are a bit more robotic in their thinking. They’re all about efficiency, and their minds freely drift toward all those policies and procedures for how to handle situations, colleagues, subordinates, vendors, and customers. It’s a rigid culture in a fluid and free-flowing world where rarely anything follows a strict screenplay.

If you want to increase productivity, you’re going to have to work with the second part of the productivity equation: Efficiency + People = Higher Levels of Productivity. Your goal is to create a culture where the people in your company should be engaged to do what they do best, at their highest level, every single day. Otherwise, you’ll never move the needle much on increasing productivity.

Examples of process-driven and/or fear-based company cultures and the results they produce are all around us. Whether it's United Airlines, Wells Fargo, or (from many years ago) Union Carbide and the Bhopal gas tragedy (and there are plenty more examples), what we can see are artifacts that are very telling of what each organization’s culture is (or was) like, and the lower levels of productivity that resulted. Relics that are fairly consistent among most of these types of stories are the rules-based decisions employees make. Or we see decisions being made at the expense of the organization—all to meet a goal or a key performance indicator or to hide something out of fear or to simply be more efficient. The exposure of each of these strings of decisions, then, tend to be followed by public announcements from organizational leaders that recite the rules to the rest of us in brief speeches that have been carefully crafted by human resources, the marketing department, and/or legal. And when the public is aghast at the coldness of these announcements, we see leaders respond with denial, finger-pointing, casting blame on other entities, etc., all while supporting the policies and procedures in their company manuals.

(1) Why do employees make some of the decisions they make? One brutal fact is this: Your company culture is set by YOU, the leader. In discussing some challenges companies such as those mentioned earlier find themselves in, one group of executives said to me, “It’s HR’s fault! They help craft the messages that are supposed to smooth things over!” There was mention, too, that it was potentially a combination of human resources and legal. Either way, employees make the decisions they make because the culture around them is what generally guides their thinking. But scenarios such as what we see in some recent company examples really aren’t employee problems. They are indicative, instead, of a leadership problem.

As a leader, if you’ve created a company culture that’s guided profusely by the rules, then everything that bubbles up from that will be a process decision, including how the aftermath is handled. And when you have a company culture that’s run by process, showing a bit of heart is not going to be in human resources’ and/or legal’s carefully crafted announcement. After all, human resources and legal are in a culture where they, too, respond as the culture asks them to. They many times feel as if they have no recourse but to act with abruptness; that their jobs are to preach and live by every single rule and regulation in the company’s (very) robust policy book. This same thinking trickles down, then, to front-line employees. They’ve seen it in other company decisions. It’s been impressed on them throughout their tenure via any number of emails that go out. They’ve seen it in action when something happens within the walls of the company. Gaining higher levels of productivity under these conditions is virtually impossible.

Leaders need to ask themselves: What is it about our culture that causes employees to make the decisions they make when special situations arise? Why do they make decisions that end up escalating the removal of an airline passenger by force? Why do they recite and adhere so tightly to rules about not allowing leggings to be worn by two teens trying to board a plane? Why do they extend the policy of a dress code when an employee pass is shared with their daughters boarding a plane for a much-anticipated vacation? Why did they let a male passenger wearing shorts—looking equally as casual—board that same flight? Or: Why did our employees sell financial products to people who really didn’t need them? Why did they open pseudo accounts to support what they were doing? What would make them do that? Or: Why did our employees not speak up when they saw a potential tragedy about to happen?

(2) Why are initial reactions by leaders perceived as cold and uncaring? In the aftermath of these types of situations, why do leaders handling these circumstances speak so coldly and seemingly unapologetically (at least, in the beginning)?

In process-driven cultures, intimidation rules and many company leaders have simply allowed themselves to get caught up in fear. But what if we get sued? (Food for thought: That might happen anyway.) Be careful! We might lose customers! (That could possibly happen anyway, too.) If we end up in court, the caring words we shared in that press announcement might be used against us! (Yes, that could happen as well).

The funny thing about fear in situations such as these is that many times, what we fear is probably going to happen anyway. There’s a need for some policies and procedures, and there is a need (of course!) for human resources and legal. Outside of these entities, however, think about simply focusing on doing what’s right. Create a culture where people are encouraged to think. If you don’t, then the collective behaviors of all your employees will create a process culture, and people tend to do what they’re rewarded for doing. When you have a process culture, you get scenarios such as what happened to United Airlines in April of 2017. You certainly won’t be flying the friendly skies…

The sad thing is that the more recent examples cited earlier aren’t about life and death. They’re about little things like teen passengers wearing leggings, security removing a paying (and legitimate) passenger from a plane, and they’re about things like bank employees making decisions to sell people financial products they don’t need (and using patron monies to create fake bank accounts to support their attempts to reach pre-set monetary targets). We’ve since discovered that most of these examples serve to reflect the dysfunctional culture of each organization. On the surface, productivity might seem high but this isn’t the direction you want ‘high performance’ to go.

So Who Owns Your Company?

Therefore, as you look at the latest PR nightmares and tremble…hoping something like this doesn’t ever happen to you, don’t rush to your office and ask human resources and/or legal to draft up addendums to your policy book. Overcome your fears by creating a culture where the message crafted by human resources, marketing, and/or legal will speak the truth and speak that truth with empathy.

Even more importantly, figure out how to evolve your culture into one that encourages people to think, to lead with heart, and to stop and ask themselves questions before they start to panic because someone’s not following the rules. Otherwise, you really don’t “own” your company; policies and procedures own your company.

So what can you do to get re-centered and increase higher levels of productivity and engagement?

In a briefing later issued by United Airlines regarding employees having a passenger carelessly removed from a flight, leaders recognized that internal policies distracted them from treating passengers with dignity and respect. As Oscar Munoz, CEO of United Airlines, then shared: “Our policies got in the way of our values and procedures interfered in doing what’s right.” It’s wisdom gained that we can all learn from.

Simply put: If you want higher levels of engagement and productivity, strategically invest the time, energy, and money into creating a framework for your people so they make good decisions, and then empower them to make those good decisions. In short, teach them to be leaders. 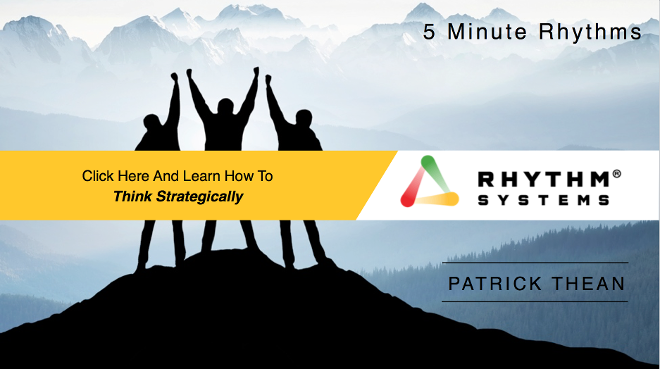