My last blog, 6 Excuses for Avoiding an Executive Coach (and Why You Should Think Again) talked 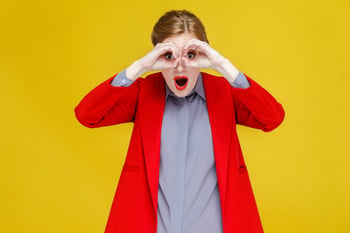 about all the negative internal chatter (aka, excuses) we give ourselves for not wanting to have an Executive Coach. That blog also pointed out some of the key business benefits of Executive Coaching. What do some of those benefits actually look like and how do I know if I need executive leadership coaching?  More specifically what is coaching ROI?

Tim Morin, CFO for WJM Associates, notes that venture capitalists often claim that they primarily "invest in management." Yet, Gallup’s research continues to note the abysmal organizational stats in the areas of employee engagement. We can celebrate that it’s not as bad as it once was (34% of US workers are currently “Engaged” and the “Actively Disengaged” category is down by 13%), but there’s still progress to be made (in Harter, August 2018, Economy). While there may be a multitude of reasons for such a gap in employee engagement, the role an executive leader plays in creating the right environment for people to excel in doing what they do best every single day is a key factor. Simply creating an awareness around how leadership behaviors impact others and then operationalizing that awareness into tangible results can help a leader (and, in turn, the company) make huge strides in the right direction.

First and foremost, though, we have to remember that changing behaviors and/or turning around sour relationships takes time, as leadership coaching has to be viewed from multiple perspectives. But over time, there should be a shift in the right direction if the executive is fully engaged in the coaching process. This is why most of my Coachees go through a rigorous upfront process that measures the degree to which they are currently impacting the business in positive ways and how they might be inadvertently getting in the way of progress. Whether it’s lack of empowerment, lack of an expressed focused strategy, lack of consistency within the walls of the organization (i.e., the right hand doesn’t know what the left hand is doing), lack of creating win-win agreements, inability to change, or something else, Coachees need baseline data as a benchmark for the current reality they’re creating. In time, the measurements are repeated which leads to a series of questions around what’s going well, or what might not continue to be going so well.

Leadership development takes times and effort, but the return on investment of your payroll will be multiplied by the improvement of all the employees that report to that leader.  The fact of the matter is that most HR departments don't have the internal expertise for such a development program and need to hire the expertise outside of the organization.  In addition, an outside resource can come in with a fresh perspective and the coaches focus on providing actionable constructive feedback required for the long term growth of a leader.  An internal resource may not feel like they have that luxury as the executive is likely to be their senior in the organization and may not feel comfortable exploring the hard truths needed to become a better leader.

The ROI of executive coaching:

Of course, the ROI of Executive Coaching depends on the expressed desired outcomes for each engagement, the Coachee’s willingness to receive information s/he may not want to hear, and the Coachee’s own desire to put in the hard work to consider thinking (and then leading) differently.

As an Executive Coach, I’ve had the opportunity to see Coaching as a powerful way to expedite a leader’s ability to impact business results. It is impactful because of the awareness it creates on the part of the Coachee, the alignment in thinking it opens for the Coachee, and its bias for action (results orientation).

Whether your desire for Coaching is solely for your own edification or whether it’s also wrapped around a desire for increased sales, new accounts, decreased absenteeism, improved productivity, reduced workplace drama, better work/life balance, improved employee engagement, or something else, you’ll find that Executive Coaching is a viable pathway to expedite your leadership and bottom-line business results.   We've been coaching clients with leadership development coaching sessions for more than a decade and our clients see the impact on their bottom line.

New Middle Market CEO: 11 Tips to Get Started as a New CEO

A Leader's Template: 6 Questions to Ask in Your Next One-on-One Meeting

Employee KPI Examples: How to Measure What You Want to Move

Strategic vs. Tactical Leaders: Which Are You? [Video]