When It Comes to Metrics, Who’s on First? (Or is it: What’s on First?)

When It Comes to Metrics, Who’s on First? (Or is it: What’s on First?)

One of my favorite comedy routines of all time is Abbott and Costello’s “Who’s on First.” Jerry Seinfeld and friends have an updated version of it (which is posted on YouTube) that I like to share with clients. It’s this exact type of confusion that can result in an organization when there’s a lack of role clarity, expectations, defined success measures, etc. I’m in full swing right now with Annual Planning Sessions, and a primary part of that process is setting success metrics. Yet, some people argue that when everything is subject to measurement and scrutiny, it creates a rigid work environment that is not favorable for creativity and greater employee involvement. But without specifically defining what success looks like, people don’t know “Who’s” or “What’s” on first!

What we tend to forget is that metrics aren’t just used in the workplace. Most of us actually pay a great 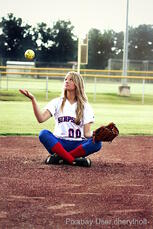 deal of attention to metrics of all kinds (even when we pretend we aren’t). For instance, analysts and political leaders make policies by evaluating a host of economic and social indicators to anticipate and address changing political and economic situations. Metrics are even used by candidates in campaigns. “We need x% of the vote to win!” exclaims the campaign chair. But this is a lagging indicator. The better question used by savvy campaign chairs is, “What do we need to do in order to get x% of the vote?” Then there’s sports, where tracking metrics to make key decisions on which player to put in the game (or what play to call) is a table stake. And when we hear that metrics don’t really matter to people, we have to think twice. When basketball teams started tracking (and giving credit to) players who make “assists,” the number of assists started to increase.

In the end, whether in politics or sports or business, measuring what matters can be a literal game-changer.

Have you ever seen the movie Moneyball? What the statisticians in Moneyball did was dig deep into a sea of metrics to find only those metrics that seemed to really matter. In the sports world where winning is of paramount importance, finding those key success metrics changed the game; indeed, they changed the entire industry of baseball. But finding those few key success metrics that mattered was only the beginning. Once found, there were strategic follow-up questions to ask, such as, what skills does our team need? Based on that answer, which player(s) do we need to recruit? What will that player’s stats potentially do for us?

When you Create Complexity…

…you create more complexity. If you want an Abbott and Costello routine in your organization, then don’t define much of anything. Let the numbers and metrics stay buried in layers and layers of spreadsheets. No one will ever really know who’s (or what’s) on first!

What Tends to Happen…

In my 20+ years of working with C-Suite teams, I’ve seen again and again the confusion that a sea of metrics causes. The routine becomes so common: Call a meeting; talk about what you “think” the challenge is; pull out data that seems to support the reason for the meeting (although many times that’s not even really confirmed); then perhaps create a form for each executive or team lead to fill out each week (on top of all the other forms they have to fill out), and more. You're your intent is to get to the heart of the matter, but instead you end up creating layers of complexity. The more complex you make things, the more all the numbers that you really need to see just get buried. As the famous Abbott and Costello comedy routine says, “Who’s on first?” Nobody knows. In turn, people are afraid to talk about the “bad” numbers; instead, they focus the discussion on someone else (finger-pointing), or they create complex stories (pontifications) about what’s happening. In short, your people react to the complexity with complexity. Clearly, this picture isn’t getting any prettier.

Tips for Defining “Who’s on First”

Here are a few tips for moving away from complexity toward simplicity so that you can then have meaningful discussions around real problems or challenges that are holding you back from achieving what you want to accomplish.