My youngest son was eight years old and played for the church basketball team. You may know the

routine, practice once a week and play once a week. At the time there wasn’t a real playoff - which was irrelevant since the team was 0-4. Total points scored to date? Two. Contrast that to the 34 combined points that competitors scored against them. After that fourth game, while waiting on my son, the coach (who had never played basketball) approached me.

“You used to play basketball, right?”

Coach then asked if I would be willing to help. Reluctantly (anyone with kids in sports will understand), I said OK.

Lesson #1: Face the Brutal Facts and Ask for Help As Needed

As I considered what might help in the next practice, I began thinking about layups, defense, dribbling, and more – just like my coach had me do as a kid. But, the more I thought about it, the more I realized that my coach started with these fundamentals long before the season began. In fact, this allowed us during the season to work on strategies for upcoming opponents (and to add additional plays). Clearly there was no time for this approach before the end of this team’s season. As I thought further, I realized that the team wasn’t taking shots either. No shots taken meant no chance for a score. Wow – a revelation.

Lesson #2: Take a Few Shots If You Expect to Score

At the following practice, I had the team focus on two things – passing and shooting. So, there was no warmup, no getting ready. Instead, I immediately put the team in a scrimmage with two rules: no dribbling and no shooting from outside the area I taped on the court. It was not a great practice, sloppy was more like it, but it was all we could do to prep for the next game. Saturday morning arrived and once again the team lost. However, we scored four points which was more than the previous four games combined. Next practice, same routine. Next game, another loss … but this time the final score was 10-6. We were getting better. In game 7, we won by a score of 8-6. 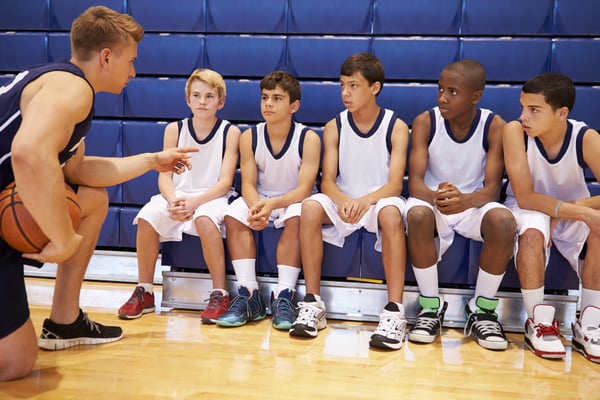 Lesson #3: Focus on The (Very) Few Things That Will Help You Win

The greatest moment for the church basketball team came after that first win. Each player knew what it felt like to win. Each experienced the focus and extra little efforts it took to win. They experienced the emotional rewards of winning. On their schedule the following week was a team that, just two months prior, beat them 24-0. Their attitude this game was confidence and an expectation to win. They played like they knew how to win. By the end, they had won a hard-fought battle 22-20.

We’ve all heard the adage “keep it simple.” In this case, I was struck by the simple. Simple lessons learned watching eight-year-olds grow, develop confidence, and become winners.

If you followed these lessons and won every time you put your team on the court, I’d be disappointed. You’d be playing in the wrong league. You’d have set your sights too low. You should 1. face the brutal facts, 2. take a few shots, 3. focus on the very few things, and 4. go for fast, small wins in order to grow team strength. Losing once in a while strengthens resolve and will get you back to these basic lessons learned by big company leaders. Now go challenge the ten-years-olds to a game!

Looking for more information about Leadership? Check out our additional resources:

Seven Lies about Leadership You Need to Stop Believing

You Have a Corporate Strategy. So... What's Your Leadership Strategy?